Mabel Normand made her last films at the Hal Roach Studios in . Four of the five films she made there are still accessible. Viewing them in chronological order shows her decline with a heartbreaking poignancy.

In 1926, ten years after Mabel and F. Richard Jones joined together and made Mickey, Jones became production supervisor of Hal Roach Studios and insisted that Roach sign Mabel to a contract. Jones was able to exert his influence to secure a contract for her, but he was too busy with his own new job to direct her films. In their work together, she had been surrounded with a crew and cast members who adored and could anticipate her during performances.  Now she was just an actress, not a creative colleague.  Roachs style of comedy shorts was slower than Sennetts frantic slapstick.  It is interesting to speculate if kid comedy would have come to the Roach studios ten years sooner, whether Mabel would have gone to Roach instead of to Goldwyn.

In signing her contract with Hal Roach, Mabel was overtly taking a step down from her former prominence.  Whereas before she was always the main star, now she was one among dozens of the Hal Roach All-Stars.

As long as Mabel was in the spotlight the questions were always being asked about the murder of .  Anita Garvin stated in the extensive article in SlapStick!11 that Mabels first film at the Roach Studio had not been a happy experience. One can only imagine how hard it must have been on Mabel.

On September 19th, 1926, as she went to work at the Roach Studio, Lew Cody, the leading man called The Butterfly Man, made the astonishing announcement during the broadcast of the Breakfast Club from the Hollywood Bowl that he and Mabel had married the night before.  Mabel confided to journalist Sidney Sutherland that it was the result of a burlesque proposal at a dinner party that got carried too far.

The marriage license and certificate uncovered by researcher, Robert Maynard, disclosed that Lew couldnt remember his mothers name and Mabel didnt know how old she was.   Paul Bern, who had also been courting her, remained devoted to her.  Mack Sennett wrote in his book, King of Comedy, he never saw Mabel after her marriage to Lew but never stopped loving her.

Attempting to be graceful about the marriage, the studio offered Hal Roachs yacht, Gypsy, for a honeymoon trip but both Mabel and Lew were too busy for a honeymoon.

People often say that Hal Roach said that he didnt know what made Mabel funny.  This is not so, as he said that Mabels talent was for a comic situation rather than sustained narrative.  Mabel like Chaplin needed help with pulling moments together.   So it does in fact seem that he did understand her genius; she was able to find the comic element within situations.  Hal did not personally approve of her, evidently because of her free and unbridled ways, it was on a personal level, he disapproved of her.

Hal Roach was definitely a man of his time and Mabel was a new style of woman, a woman ahead of her times.  Womans suffrage was a social issue during this period. He disapproved of Mabels language and behavior. She was no lady nor did she pretend to be one.  Mabel truly enjoyed smoking cigarettes, going to boxing matches, partying with all classes of people, drinking, and, yes, telling off-color jokes.  Hal didnt grant her license to act unladylike; she was not his enchanted princess. To him she was one of the dirtiest talking and wildest girls in and, besides, she had a negative influence on the young starlets who wanted to be just like Mabel.

By no stretch of the imagination might the films she made with Roach be considered quality productions but, rather, drab relics of a once comic genius.  John Everton of Malnor Films http://www.malnorfilms.5u.com/ has a very nice of the available Roach comedy shorts.  As Mabel moves on the screen, it can be seen that she is ill.  Her delirious days of triumph were over; no true come back was possible.

The state of Mabels health steadily worsened.  In February of 1927, Mabel was taken to the where X-rays showed she was suffering from an abscess of the right lung and bronchial pneumonia.  She was diagnosed with tuberculosis, although the public was not informed at that time.  She was not discharged home for nearly a month.  Her continual need to take time off because of her illness became a monetary drain on the studio.  Hal and Mabel agreed to a cancellation of her contract.  Her film career was dead and Mabel was dying.

The Mabel Normand scholar, William Thomas Sherman states in an exceedingly insightful and erudite essay, The Hal Roach films; Depending on how one looks at them, Mabel's Roach films are either too little too late, or else fitting farewells of an unpretentious genius and a great heart." The latter, however, seems the more just assessment. Many of his ideas are presented in this article.

The Hal Roach Papers, at , hold the Normand Filming schedule. Mabel worked with Richard Wallace starting 26 at a salary of just $500 a week.  As she started on Raggedy Rose, by the second week, her salary had doubled to $1000 a week.  According to the schedule, the principle filming was done in just 17 days.  Next on the schedule were Jerry Storm and Mabel starting One Hour Married on 26. Hal Yates joined the filming on June 26 and the film was completed 20 days later on 26, even with Mabel having to take off because of an injury during the filming.  At this point she was making $1,500 a week.  Roach studio was closed during the month of July.  The schedule for August is missing.  She was making over $1,500 a week whether she was before the camera or not.

It was Hal Yates who is listed as working with Mabel on September 18 when she and Lew Cody were married and she is reported to be working on Anything Once; so this was her third film for Hal Roach.  It was Hal Yates who also directed her fourth film, Nickel Hopper.  There are records that Normand and Yates along with Hayden Seyffertitz, Von Eltz, and Max David­son worked from Sept. 21 to 26.

Yet another director came on board, according to the filming schedule, on October 25; it was Leo McCarey.  This was the last comedy Mabel Normand made. By 26, just 16 days later, the filming on Should Men Walk Home? was done, as was Mabel.

In an interview in 1927 Mabel stated that: The first Roach picture I made was Raggedy Rose, directed by Dick Wallace. This was followed by One Hour Married, with Jerry Storm at the megaphone; The Nickel Hopper, with Jones directing (the credit is given to Hal Yates); Should Men Walk Home? with Lee McCarey in charge. Mabel seems to have left out Anything Once before The Nickel Hopper and Should Men Walk Home? 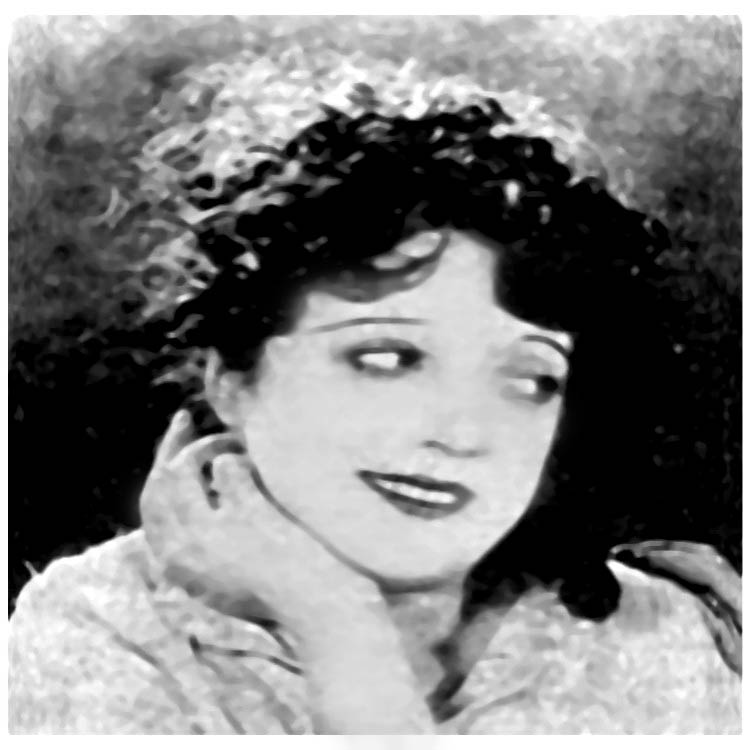