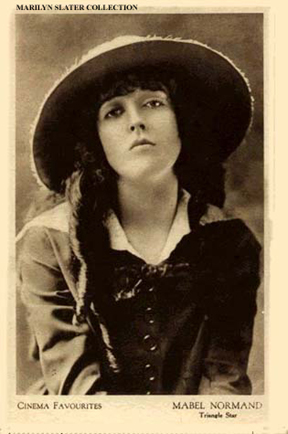 In 1913 Mabel Normand had some publicity photos done at the Flerda Studios of New York; it was a very productive session and the pictures done were used in a number of publications, including postcards, newspapers and fan photos sent out by Keystone and Mack Sennett. 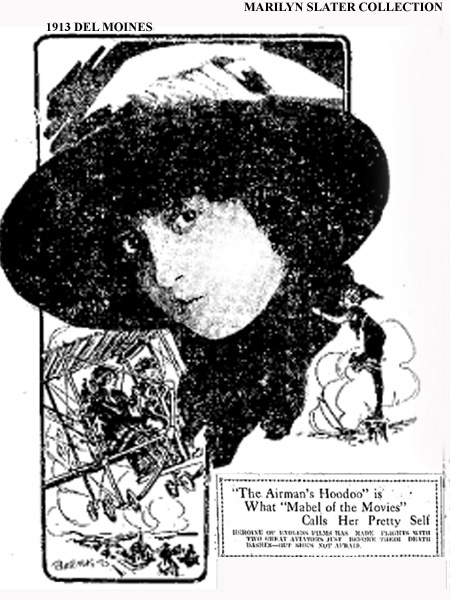 The suit she is wearing is rather distinctive with a large bow above a short waisted jacket with big buttons, the suit skirt has front pleats with large pockets; her blouse has lovely embroidered chuffs and collar.  She `wears a hat with yarn flowers in all but one picture, I have found.  It is her long ringlet that peck out from under the broad-brimmed hat, which are just so Mabel! 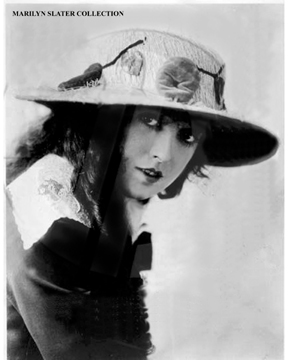 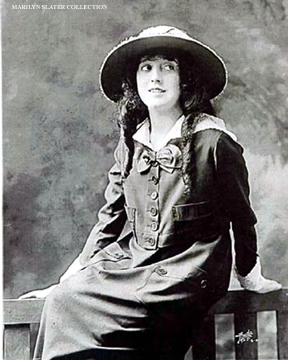 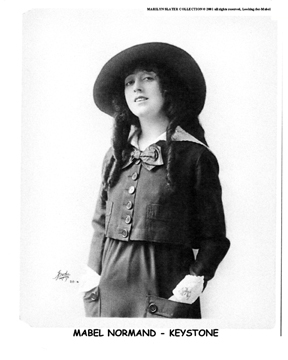